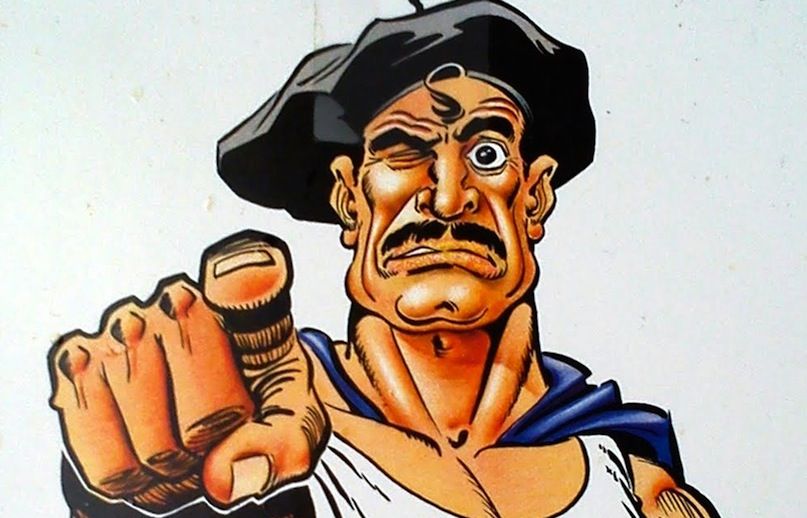 Cheese, luxury, sex, but also railroad network or still shopping: CNN established a nevertheless laudatory and funny portrait of France. Attention: France seen by the foreigner(foreign countries) does not maybe look like the one that you know.

According to him, our soft country would be rather similar in the United States, because the notion of freedom was very early shared by our two countries. But he(it) also evokes our " sophisticated cities, sunny beaches(ranges), snowy mountains, woody valleys ", as well as inescapable(major) cheese, the French railroad network or still the sex.

Cheese and decomposition
First French foodstuff in the heart of the journalist, the cheese of our country remains very mysterious for the United States. Even a little repelling. Clarke quotes Charles de Gaulle who would have a day asked its circle of acquaintances how to govern a country which produces 246 varieties different from cheese - what the journalist sees fit to answer that the general had to worry that the bodies living in the cheese can launch a revolution. And to quote as an example the reblochon, which the journalist judges " close to the state of decomposition ". It remains however that to read it, " no French citizen has to go much more far than the corner store to find [one of the best cheeses of the world] ".

Massive sales and district's trade
Since the other side of the Atlantic Ocean, to go shopping in France is something exotic. Small little expensive shops in the trendy shops " where you will dare to try nothing if you are not yourselves well-dressed ", he pats the diversity of the Parisian stores. But also the small shops of district still held, according to him, by small typical families.

He also congratulates the system of the biannual sales, which according to him is a very good economic operation, coupled with the small shop of district.

The History of the castles of the Loire
French great classic, the park of the museums of France is to put in the honor. If the Louvre is very famous, Stephen Clarke seems to have fallen in love at first sight for the castles of the Loire as Chambord, Chenonceau or Chinon, of whom he writes that in the visit of these, we can almost hear " Jeanne d'Arc ride up to the drawbridge and to offer to bouter the English people outside France ".

There, the journalist proves his knowledge of the History of France: indeed, it is in this castle that the Maid of Orleans met Charles VII, on February 25th, 1429, to offer him its sword by way of allegiance.

The TGV(HST) stronger than the plane
More surprising: CNN congratulates France on its railroad network. The journalist is impressed by the speed of the TGV(HST) and explains that he is faster to go(surrender) " from Paris to the Mediterranean Coast " to TGV(HST) than by plane. " Three hours later, you will be sipping some rosé by contemplating the yachts of the billionaires, while the users of the air still are wasting time because of their lost luggage ".

About transport, CNN remains more cautious: the journalist writes that " the supreme French faith in the freedom is embodied in the automobile ". According to him, " every Saturday of the summer and the holidays, the whole country is transformed into an enormous traffic jam because everybody leads and takes his holidays at the same time ".

Respect and rudeness
Considered as swearing like troopers, the reputation of the art of the French-style rudeness is not to be any more made - and certain movies as Matrix Reloaded contributed to the legend. However, Stephen Clarke claims to have found the parade: according to him, our "Bonjour" is more than a simple salute.

It is about a French code for the sentence " yes, I am here, and I respect you by being polished, so that you respected me in return and are even, who knows, pleasant with me. "

Sexy being: " a duty "
Past the politeness, it is logical to linger over the sex, a subject which returns world-famous France. Why? " This accent, this carefreeness and this joy of life [in French in the text, the editor's note], make a good mixture and make attractive at the same time men and women ". Yes, you are a sex bomb in power without even the knowledge.

He raises that to be sexy and classy, in France, is " almost a duty ", and that our seducers' natural temperament tires us almost never. To illustrate his words, he evokes the French cinema. He jokes then on the fact that France passed a law obliging every national production to show at least two pairs of breasts and four naked glutei.

The luxury to the World-famous everyday life,

the French-style luxury also makes the difference for Stephen Clarke. According to him, "the small touch of French sophistication was copied all over the world". Because what makes of our country a so beautiful place where to live, it is to have adapted the luxury to return him accessible on a daily basis.

He uses as proof there "the tens of elegant Parisian coffees with their waiters in the starched apron", but also "the numerous hotels/spa in the reasonable prices which put you in the skin of a millionaire without charging you accordingly".

The customer is a king, as long as it is not the hour to have lunch
" The French people have a proverb: the customer is a king. Yes, and we know what you made to your kings ", introduces then the journalist when he speaks about the service to the customer. To excuse the apparently unpleasant humor of a waiter or a seller in store, Stephen Clarke suggests to be frank and direct.
After all, it is not complicated:
The French people respect those who know what they want, and will do their best to help you to obtain it (so much that it is not just before their lunch, of course).

The French export goes not too badly
To finish, the journalist pats the export of the French products: " France has the best politics in the world on the globalization - the country spends so much time to complain that the foreign invaders are killing the economy that nobody notices the way the French products take up little by little the planet. " JCDecaux being one of the main builders of elements of the urban landscape, such as bulletin boards and public restroom, Stephen Clarke ends his paper with one of these sentences which will make spend France in the offspring, for ever:

The next time when somebody tells you that Hollywood is destroying the French culture, show him the closest public restroom.

He uses as proof there that the French Transdev companies, the EDF, Sodexo or JCDecaux are implanted well, in particular in North America. Without considering the numerous French brands present in the business streets of the whole world.